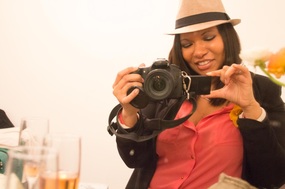 New York-born photographer Sophia Pagan takes inspiration from her everyday life and transforms it into compelling visual art, capturing what she calls “the essence and purity of life.” Her ability to find beauty and meaning in the mundane is what stands out most in her photographs; the viewers, as quiet observers, are left with a stillness that leaves them wanting more. What’s revealed is always unexpected and unanticipated.

Prior to becoming a fine art photographer, Sophia received her bachelors degree in Graphic Arts and moved on to work in magazine publishing for 5 years and worked for top titles such as People Magazine, Real Simple, Sports Illustrated, Wired, Teen Vogue, Vogue and many more.

​In 2008 Sophia relocated to Paris to pursue a solo career as a photographer. Somewhere along the way she found her calling and started working as a Fine Art photographer, specializing in black and white photography.

In the seven years that she's lived in Paris she's had six expositions, has been published in photography magazines, Paris guide books, featured in Paris centric blogs, has been on French TV Arte, NY Times and has photographed at the private residence of the American and British ambassadors in Paris.

In 2011 she opened a destination Photography business called Photo Perfect Paris, (which will be expanding into Barcelona in 2016). It's focus is to offer professional portrait services to individuals, families and couples visiting Paris. As well as the the luxury portrait studio, Portrait Boutique which caters to the local Paris community specializing in event and portrait photography, offering a high end, full service experience with make-overs, styling and portrait sessions.

Based in Paris, France her unique ability to capture scenes of everyday life and transform them into riveting stories has earned her a strong fan base in the City of Light, where she captures the city with a fresh perspective, strongly influenced by her experiences living in two of the world’s great cities. 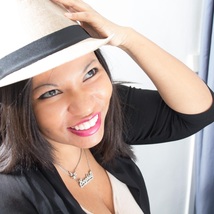 My photography is more than just my work and my passion. It’s a living, breathing and evolving diary of my life. It’s about the places I’ve been, the people I’ve met, the things I’ve seen and the moments that have touched my life. My goal is to capture the essence and purity of life, in order to show the world not as it is, but as it could be. Those little moments that remind us all to live, love, laugh, smile, cry, dream, persevere and overcome. The moments where we stop thinking and start feeling. Those are the moments that reconnect us to ourselves, to each other and to the world. Beauty and meaning are everywhere, if you’re just willing to look.